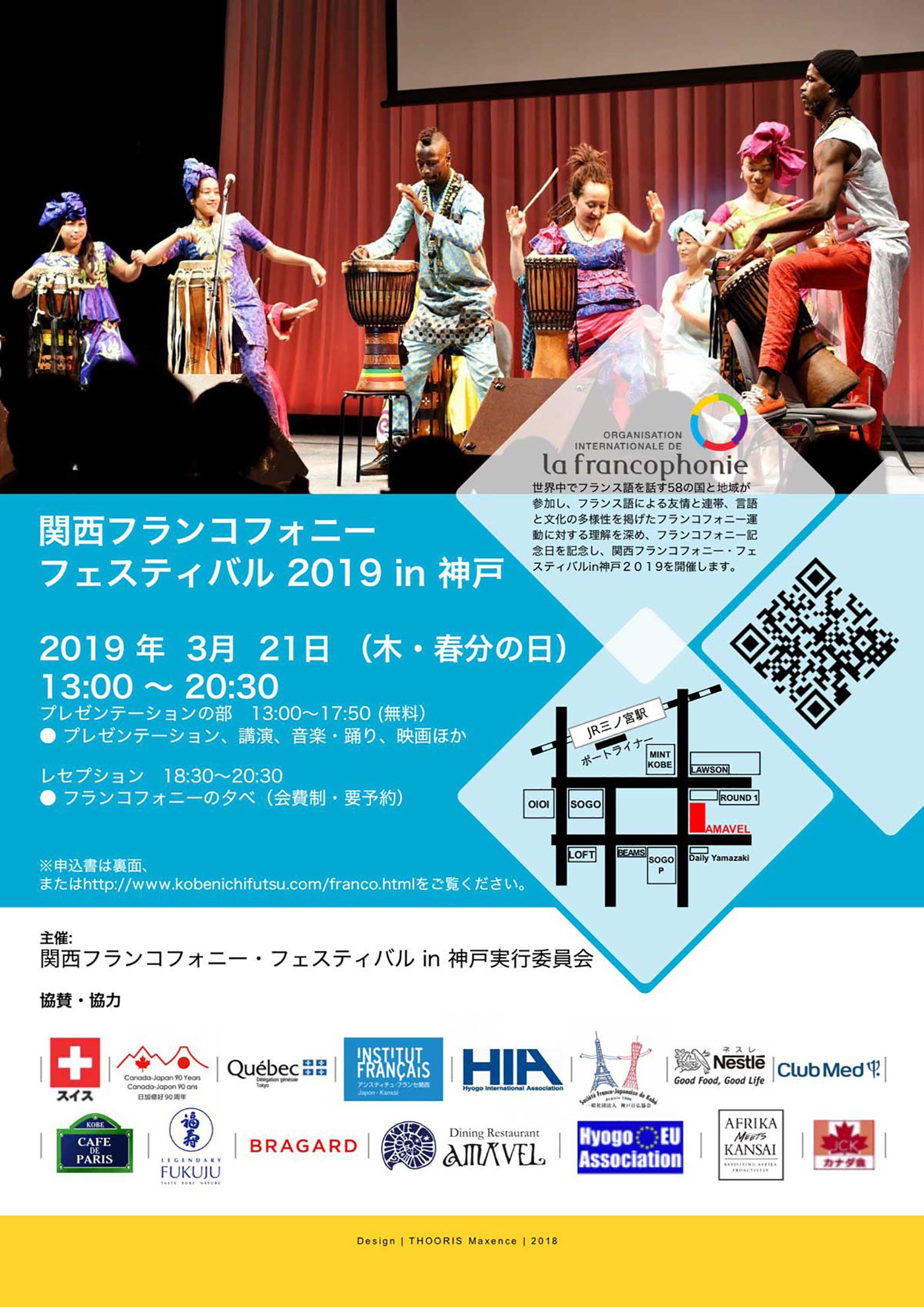 Did you know that French is the fifth most spoken language in the world, with over 275 million speakers? Every year, more and more people learn the “language of Molière”, thus becoming members of French-speaking world: the Francophonie. Among the many initiatives of this vibrant community, one of the most successful is the “Festival of the Francophonie”, organized annually in March by 57 French-speaking countries from all continents. It aims to display and promote the diversity of the French-speaking cultures and deepen friendship and understanding among them and with others.

In Japan too, multicultural meetings, ceremonies, spectacles, theatre plays, concerts, film screenings, poesy, contests and other learning activities will be organized all over the archipelago in March 2019 to enable the Japanese population to discover or rediscover the beauty of French language and French-speaking culture.

French being one of the four Swiss national languages, Switzerland will naturally be part of the celebrations! In Kobe, Ambassador Jean-François Paroz, who is also President of the Council for the Promotion of the Francophonie in Japan, will attend the “Festival de la Francophonie dans le Kansai 2019” on March 21, 2019. There, he will take the floor to introduce the Grand Tour of Switzerland in Japan and the Swiss French-speaking figures who have played a crucial role in shaping the bilateral relations between Switzerland and Japan. Rendez-vous à Kobe !