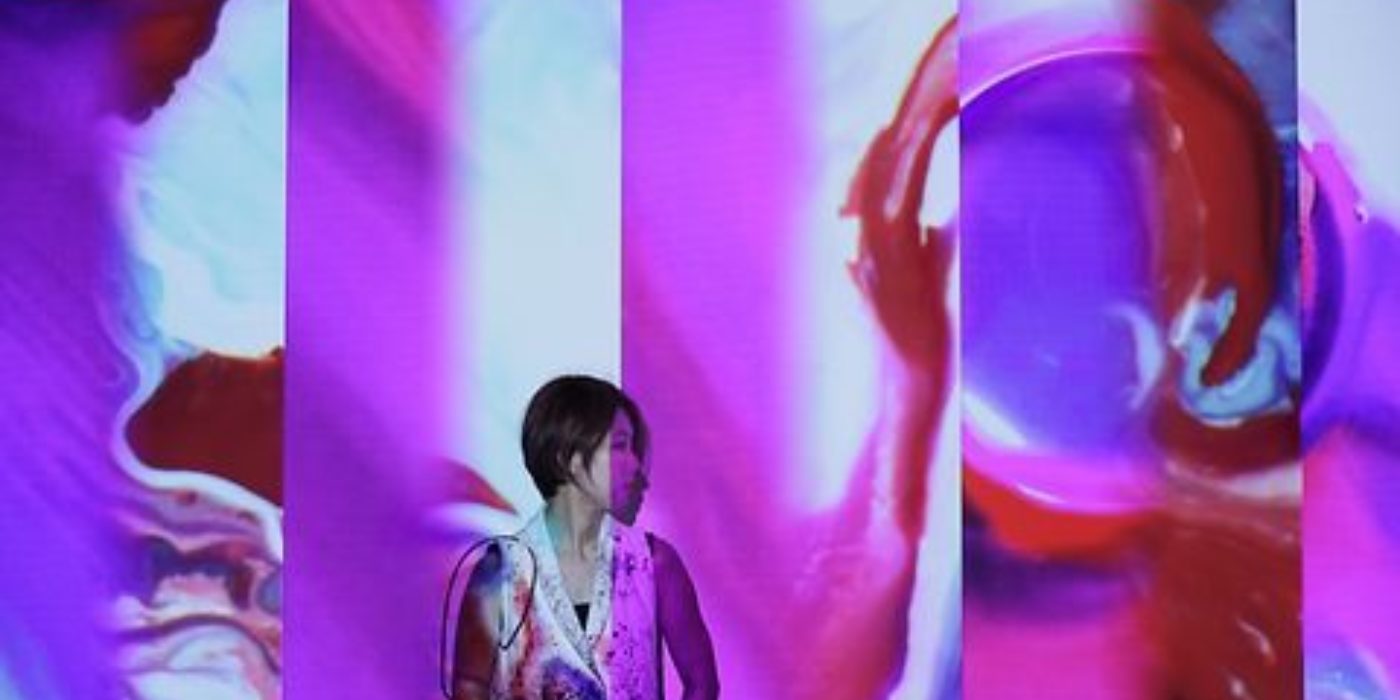 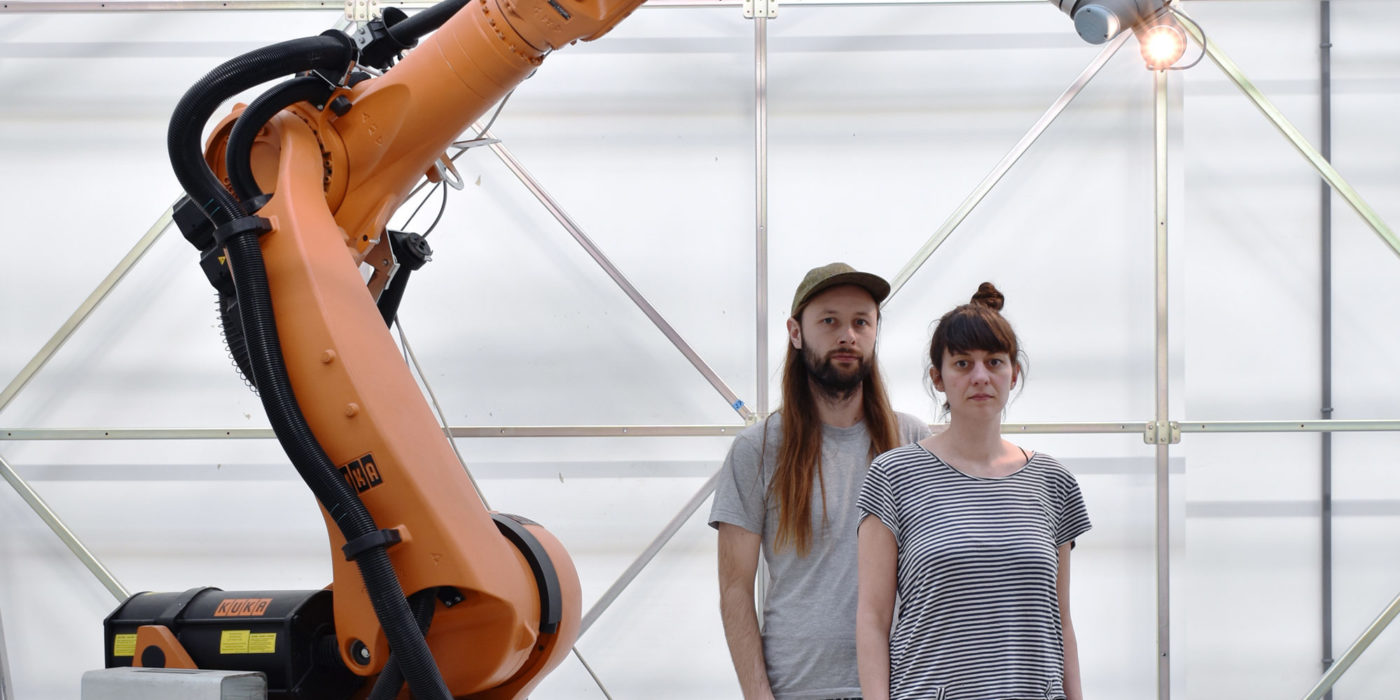 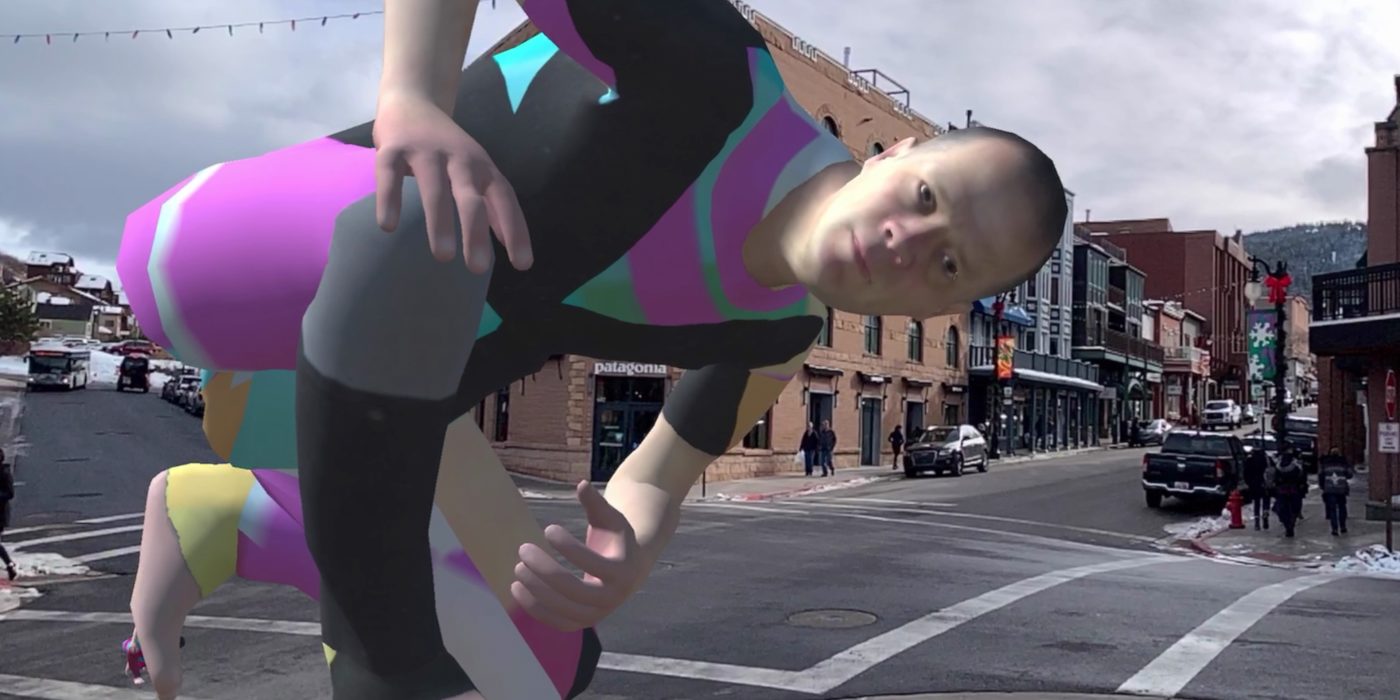 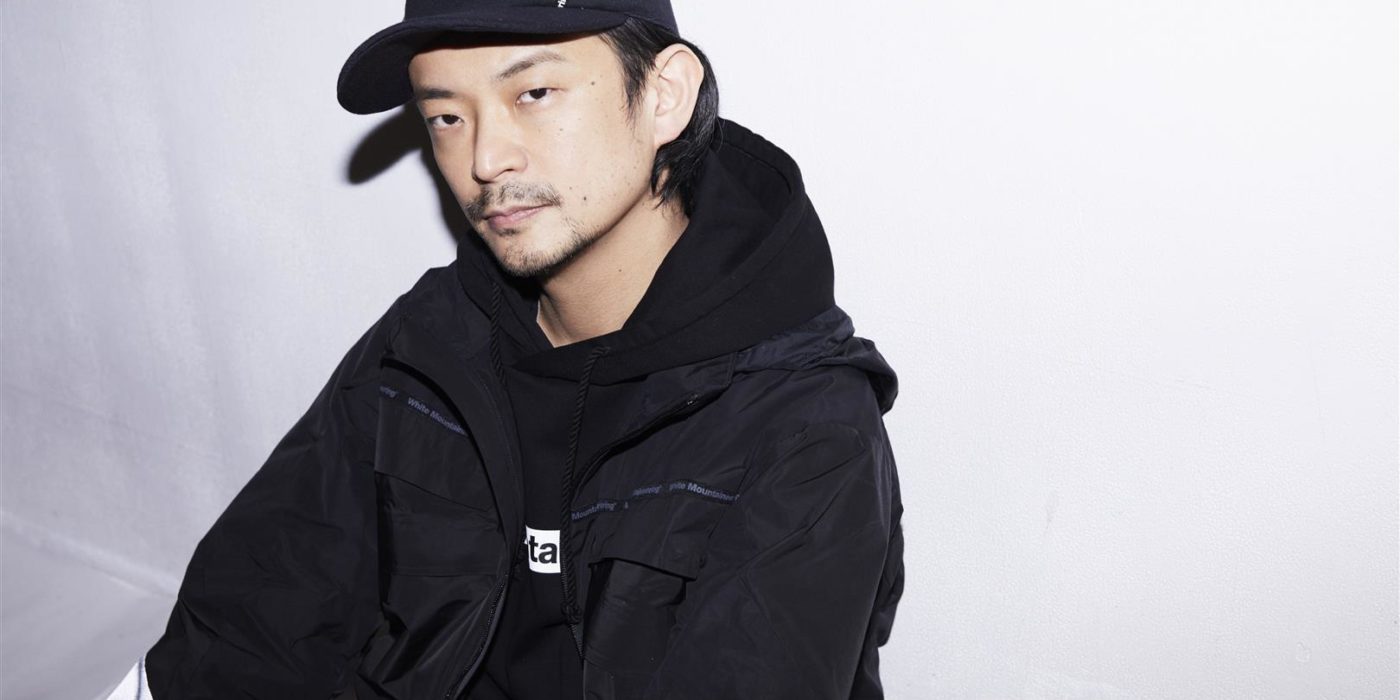 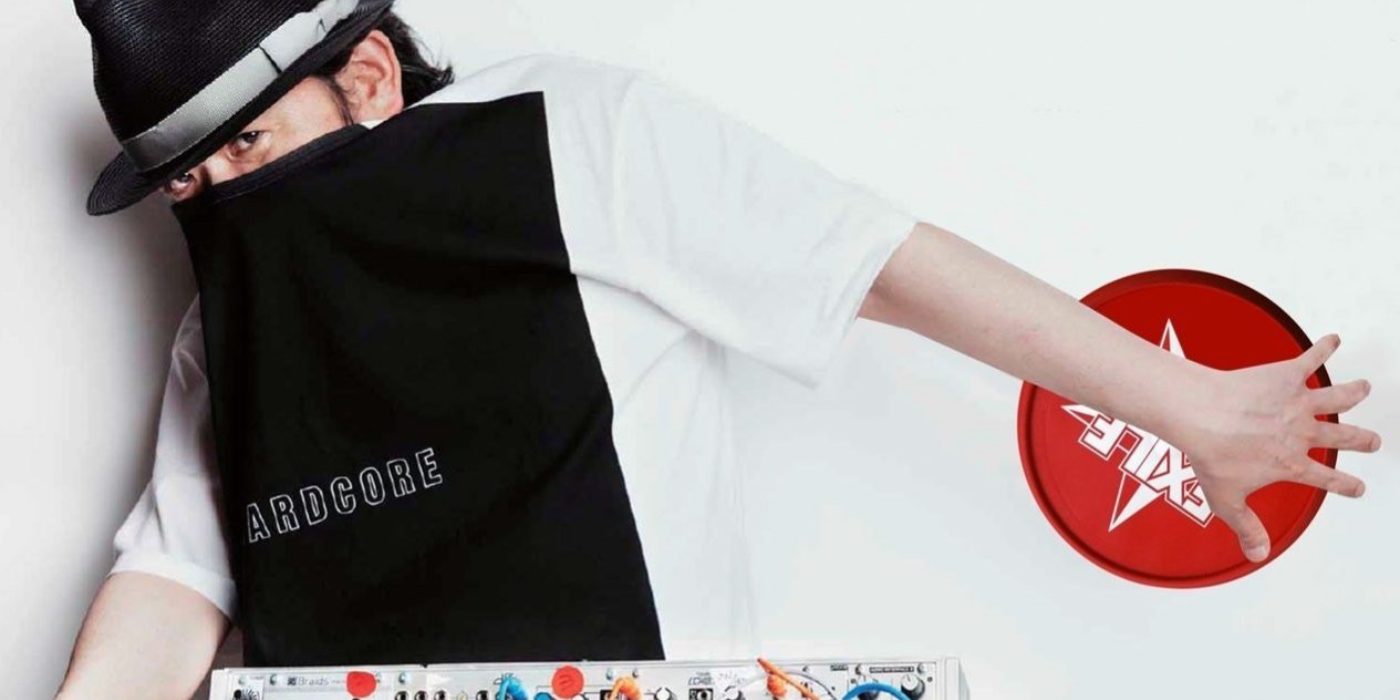 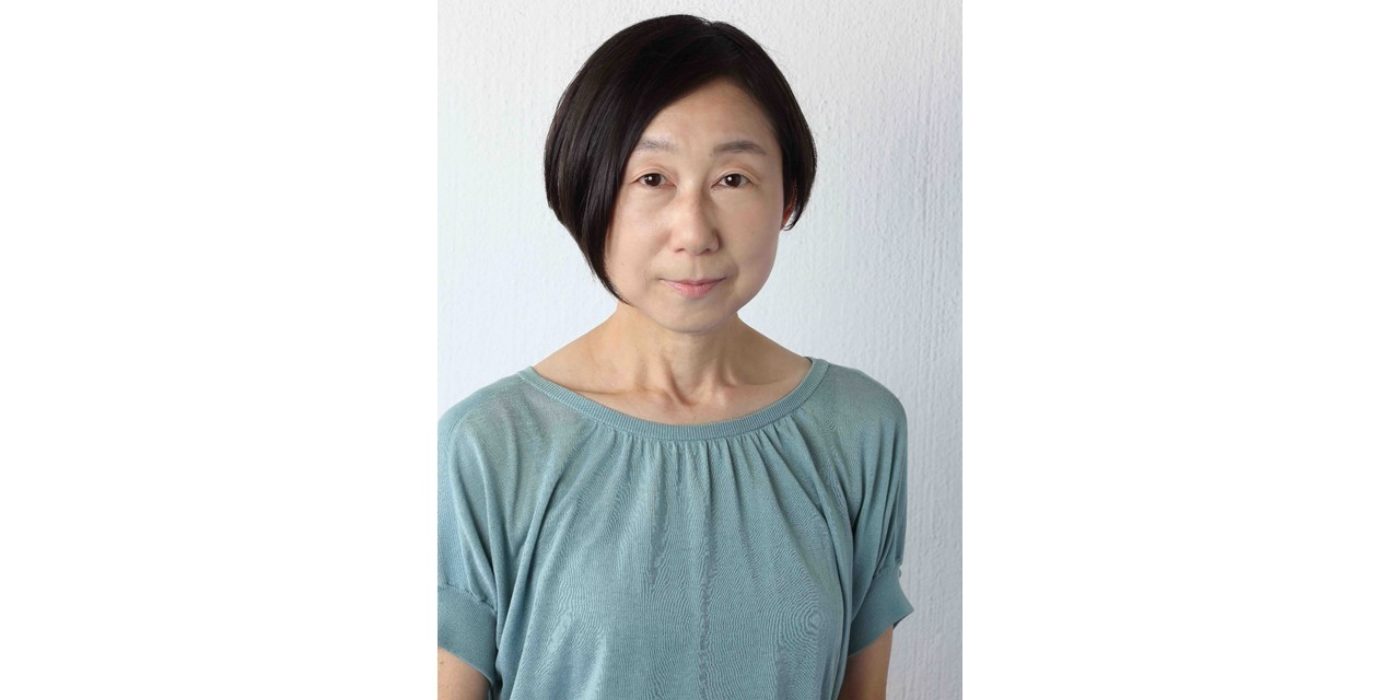 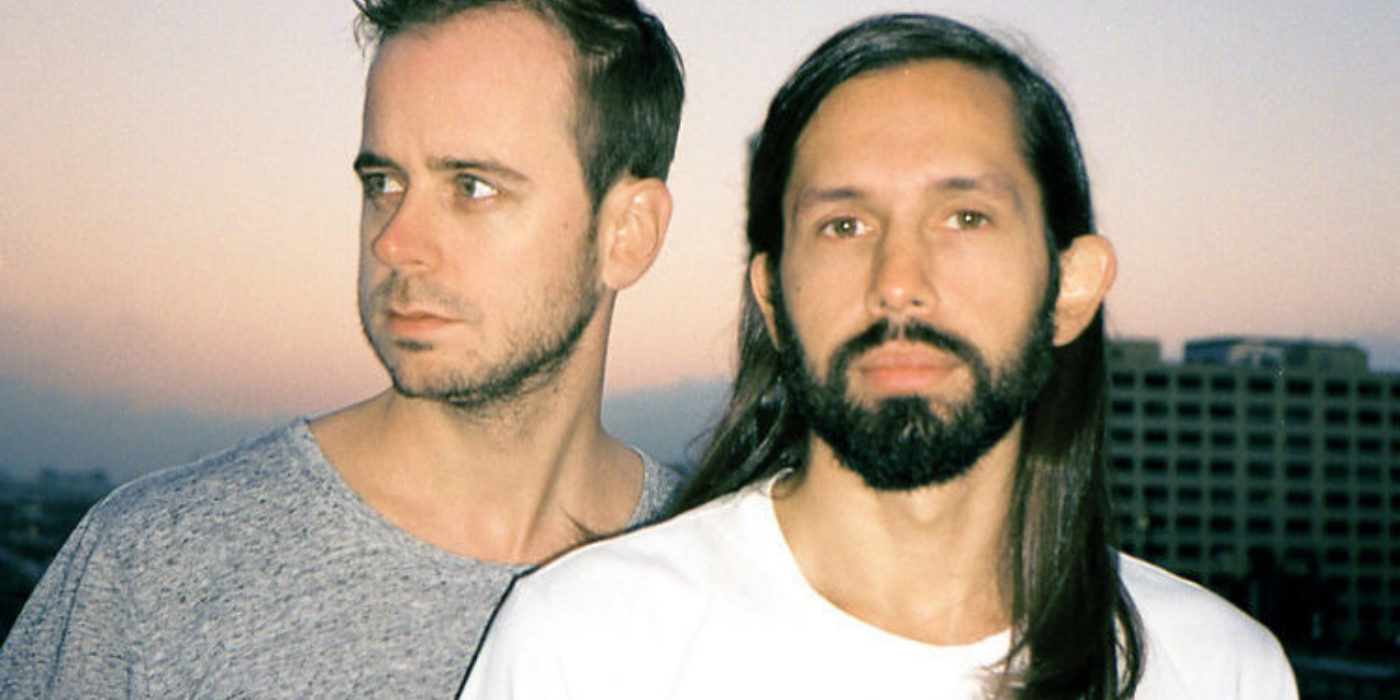 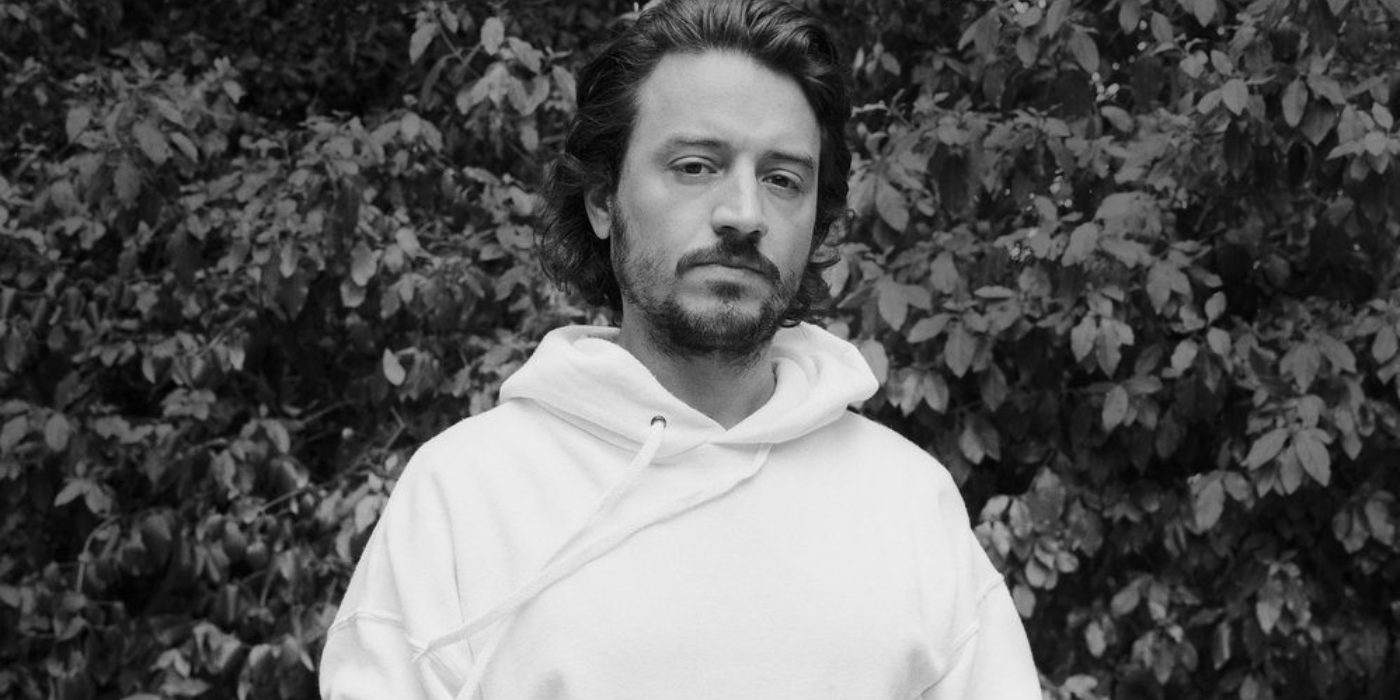 On-demand broadcasting!
The pandemic has been reshaping our life and you may be interested in looking into what creativity looks like in today’s “New Normal”. If you are, we are pound to present a video of the SWISS CREATIVE TALK, a hybrid evening of discussions and collaborations with some of Switzerland’s and Japan’s finest artists. The event, organized in collaboration with SUPER DOMMUNE, took place on 1st October, 2020.

Dancers in different cities collaborating through Virtual Reality. An app that brings choreography to your fingertips. A connected robot available for anyone to pilot. Telepresence, avatars, real-time graphics, data flows, virtual worlds and new forms of cross-pollinations: what are the creative spaces of the New Normal? While the global pandemic has inflicted heavy damages on many actors of the creative economy, it has also presented artists and cultural entrepreneurs with opportunities to re-think their practice, context, means of expression, and audience engagement.

To explore these questions and many more, SWISS CREATIVE TALK, in collaboration with SUPER DOMMUNE, is proud to present a hybrid evening of discussions and collaborations with some of Switzerland’s and Japan’s finest: AATB (design practice), Gilles Jobin (choreographer and filmmaker), Daito Manabe (Rhizomatiks), Yukiko Shikata (curator and critic) and Naohiro Ukawa (SUPER DOMMUNE).

On this occasion, AATB is re-opening its online robotic installation Handshake with an entirely new Japanese editorial for a limited time – September 28 to October 16. Addressing questions of social distance and digital intimacy, the installation (accessible from a simple computer) offers visitors a chance to control a large and complex robot with ease, and eventually shake hands with a friend or a stranger wherever on the globe.

SPEAKERS
AATB (design practice)
AATB is the collaborative practice of Andrea Anner and Thibault Brevet, both graduates from the École cantonale d'art de Lausanne (ECAL). Having previously worked on interactive objects and installations, they encountered an industrial robotic arm three years ago. This crystallized an ongoing research around human/machine interactions and led them to investigate the potential of robotics and industrial automation outside the realm of factory floors. Their practice involves a tight connection and understanding of manufacturing processes, ranging from software programming, electronics to mechanical engineering and precision machining. Reflecting on the dissemination and assimilation of robotics into mundane activities, their work critically explores novel situations arising from these shifts. The studio is currently based between Zurich and Marseille. www.aatb.ch

Gilles Jobin (choreographer and filmmaker)
The internationally renowned choreographer Gilles Jobin lives and works in Geneva. He has created some twenty dance pieces since 1995, which have earned him critical as well as public acclaim. In 2015 he received the Swiss Grand Award for Dance by the Federal Office of Culture from Federal Councillor Alain Berset. Fascinated with new image technologies, Jobin made the 3D film “WOMB” in 2016. One year later, he created VR_I, a dance piece in immersive virtual reality, which was awarded a prize at the Festival du Nouveau Cinéma in Montreal. The work has been featured in more than 40 venues around the world, including the Sundance Film Festival, the Venice Mostra and the Dance Biennale in Lyon. Two augmented reality projects followed in 2019, Magic Window and Dance Trail. With his VR and AR projects, Jobin addresses the issue of content creation for these new technologies from the viewpoint of performing arts. Trained in both classical and contemporary dance, he has previously worked as an independent dancer in Switzerland and Spain for ten years. www.gillesjobin.com/en

Daito Manabe, Rhizomatiks (artist, interaction designer, programmer, and DJ)
Daito Manabe launched Rhizomatiks in 2006. Since 2015, he has served alongside Motoi Ishibashi as the co-director of Rhizomatiks Research, the firm’s division dedicated to exploring new possibilities in the realms of technical and artistic expression with a focus on R&D-intensive projects. He is also a Specially Appointed Professor at Keio University SFC. Manabe’s work in design, art, and entertainment takes a new approach to everyday materials and phenomena. However, his goal is not simply to create a rich, high-definition realism by recognizing and recombining these familiar elemental building blocks. Rather, his practice engages in careful observations to discover and elucidate the essential potentialities inherent to the human body, data, programming, computers, and other phenomena, thus probing the interrelationships and boundaries delineating the analog and digital, real and virtual. www.daito.ws/en/

Yukiko Shikata (curator and critic)
Yukiko Shikata was born in Kyoto Prefecture and is currently based in Tokyo. She is a visiting professor at Tama Art University and Tokyo Zokei University, a lecturer at IAMAS and Musashino Art University, director of “Open Water” Committee. She works by connecting art, natural and social sciences from the perspective of “Information Flows” traversing data, water, humans, living and non-living entities and climates. She worked as the curator of Canon ARTLAB (1990-2001), Mori Art Museum (2002-2004), and NTT ICC (2004-2010). Recent projects include the art festivals SIAF 2014 and KENPOKU ART 2016 (both as curator), the media art festival AMIT (Director, 2014-2018), the 2020 Symposium of AICA Japan "Culture/Earth/Environment - The World to Come and the Emergence of New Art" (Chairperson), and the online art festival “MMFS2020” (both @DOMMUNE.COM). yukikoshikata.com

Naohiro Ukawa, SUPER DOMMUNE (multimedia artist, graphic designer, VJ, and writer)
Naohiro Ukawa was born in Kagawa Prefecture in 1968 and lives and works in Tokyo. As a multimedia artist, graphic designer, VJ, writer, and former university professor, he has followed a variety of artistic pathways, which made him the “Genzai (Just Now) artist” with omnidirectional practices in response to contemporaneity. Blurring the boundaries of fine arts and mass culture, his creations are known for their unorthodox and unrestricted approach. In March 2010, shortly after the club he had opened at his workplace called “Mixcrooffice” had received a reputation as a sanctuary in the international music scene, he launched the first live-streaming studio and channel in Japan called “DOMMUNE”, which immediately drew attention in many places with a record number of viewers. Previously, he has been a juror at the Media Arts Festival organized by the Agency for Cultural Affairs Japan from 2013 to 2015, and at Digital Musics & Sound Art of the Ars Electronica in Austria in 2015. In the same year, his hometown hosted the Takamatsu Media Art Festival and Ukawa was appointed to the triple position of general director, curator, and jury chair. His unconventional concept for the festival and particular esthetics were met with critical acclaim. During the 2016 edition of Ars Electronica, he installed a 500-meter long collateral satellite studio at the Train Hall, one of the venues for the live-streaming program in Linz that went viral all around the globe. On the occasion of the 10th anniversary of “DOMMUNE” in 2020, the studio was moved to the 9th floor of PARCO in Shibuya, equipped with 5G technology and given the new name “SUPER DOMMUNE” to show its transformation. www.dommune.com

PERFORMERS
Quiet Love Records
Founded in Zurich in 2018, the label Quiet Love Records believes that in the loud place our world has become, the quiet notes in music are more important than ever. In accord with their motto “we release music by people we like who make music we love”, they thus focus on bringing back some calm tones into this loudness. www.quietloverecords.com

Tobias Preisig/Egopusher
Swiss born, Berlin based violin player on the border of experimental, ambient and electronic music. He performs Solo concerts and is touring mainly with his electronica duo Egopusher in Europe and Asia at Festivals such as Montreux Jazz, London Jazz, Mama Paris, Reeperbahn Hamburg, Jarasum Jazz South Korea and Tokyo Jazz Japan. He also plays with Levitation, a duo with Stefan Rusconi on church organ, exploring the richness of drones and noisemusic. Recent collaborations with Colin Stetson Sorrow, The Cinematic Orchestra, Youn Sun Nah and Jan Bang. www.tobiaspreisig.com

Swiss Creative Talk vol.7: Organized by the Embassy of Switzerland in Japan in collaboration with SUPER DOMMUNE with special thanks to KAGITANI music management.